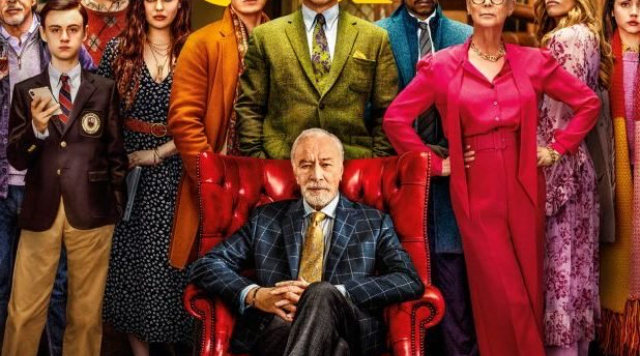 When a world-famous mystery author (Christopher Plummer) seemingly commits suicide, the family gathers for the funeral and the will reading. However, a twist is thrown in upon the arrival of a world-famous private detective (Daniel Craig) who immediately suspects the author was murdered. The sudden announcement that the Will has been changed to benefit one person only increases everyone’s suspicions……….

I will give this movie credit; the performers are uniformally fantastic. Granted, it would take crap writing beyond Rian Johnson’s talents to screw up this cast, but they are fantastic. The standout is Ana De Armas, who makes such a powerful turn as the lead character that she may very well make her career in this one movie. I know for certain she’ll be getting calls from WB and Disney about superhero roles. Craig and Evans are the two other standouts, both seemingly relishing in playing something so against their usual Bond and Cap roles. Evans proves handily enough that he can make the post- Cap transition into Hollywood well enough. The rest of the cast are pretty great enough.

The movie is also shot extremely well. However, it’s also really stupid. The final twist relies on Craig’s character essentially making a giant leap in logic that cannot be proved, and all the pieces falling exactly into place to allow that to happen. It is a shame because Johnson actually does the usual set up quite well; meticulously plotting a set of reveals to set up anyone as the possible killer, whilst throwing in a clever discrepancy between stories to let you know that something is off. There’s also a thing that happens which makes it look like the movie will dovetail into actually an interesting commentary on the nature of detective stories and an interesting twist on both the typical narrative and the typical solution. However, all this tension seemingly vanished from the film as it sprints for the desired twist.

The best detective stories use twists well. You shouldn’t figure them out on the first go but in the typical ‘detective lays out all the evidence’ scene you should be kicking yourself for NOT figuring it out. This movie doesn’t understand that. Seemingly, Rian Johnson thinks that having ANY character explain this to an audience is sufficient for it to make sense, which it does not. This movie isn’t bad per see, just really really stupid. I suppose it’s worth watching for the cast, but then again you could just watch any movie one of them did and read any Christie novel.

One thought on “Knives Out – Review”